TWO cover reveals—and how I learned to love taxes

This is a big year for me. I’ve made a commitment to take seriously good care of myself, which means eating and sleeping and moving better, mindfulness classes and therapy and even yoga, which I swore I would never, ever do. (Much like I once despised Disneyland, believing it represented everything wrong with America—until I accidentally went, and now I want to move to Anaheim and go every weekend.)

One of the things I’ve discovered makes me happy is… radical honesty. (Well, slightly radical honesty—let’s call it “ample honesty” so I can save a few hall passes.) I started examining the things I used to hide from other people, the secrets I’d accumulated, and soon I did what I always do when my mind fills up: I began writing. And then I started sharing with friends. The most wonderful thing happened: the more I shared, the better I felt. It was as if the shame Band-Aids I’d slapped on my secrets fell away and underneath, I discovered the scars were already starting to heal.

It’s going so well I decided to invite you inside my marvelous, disorganized, creative life—dirty laundry and all. This month I wrote about taxes—how they once filled me with fear and how I came to love them. But before we get to that…

I HAVE TWO BOOKS COMING OUT THIS SUMMER!

I told you it was a big year. I’ve co-written a scandalous novel with Upper East Side mom-about-town Lauren Gershell. I learned so much from Lauren about what really goes on in that swankiest of neighborhoods, and while I’m sworn to secrecy on some of the juiciest bits, there was still plenty to inspire us to write a fictional account of a well-heeled wife and mother whose ambitions overcome her best intentions, with disastrous results. You can read an excerpt here. I hope you’ll take this plunge with me—consider pre-ordering now! 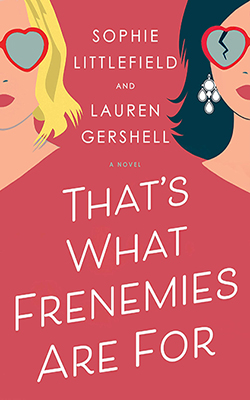 I also wrote my third historical novel under the pen name Sofia Grant, about three friends getting Reno divorces in the late 1950s, against a backdrop of “divorce ranches” and girls’ nights out like you’ve never seen before. My editor says it’s her favorite yet, and there’s even a chase scene that was a blast to write. Read an excerpt or check out my Pinterest board chock full of old photographs of women enjoying their new freedom in Reno’s casinos and taverns and ladies-only hotels and much more. 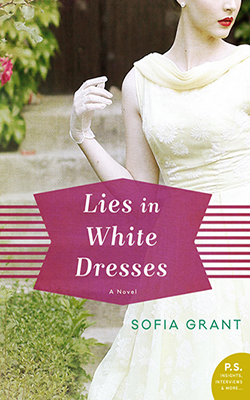 I’ve been reading, too, of course, and I just finished a captivating book about the hotel industry. I’m giving away a copy to a randomly selected subscriber (it might be you!) but first…

I think about money a lot. I mean, a lot. I think most artists and independent contractors do; we have to plan and budget and save without knowing what we will earn in any given year. But I have another reason to obsess: for most of my adult life, until the day my marriage screeched to a halt and pitched me into the void of unwelcome independence, I was irresponsible with money. I spent without knowing what I had, never checked my 401ks, and routinely ran up credit card balances—but my husband made a good living so I never faced any real consequences.

Until, suddenly, there was no one to clean up my messes. I was on my own. And unlike other things my husband used to take care of—getting the tires rotated, spraying for ants, putting up the holiday lights—there was no room for error.

My divorce became final in February of 2012, just as tax time loomed. I asked a friend to recommend an accountant—my ex got our old one in the divorce—and assembled the paperwork. Besides my settlement statement and 1099s, forms came in the mail from investments we’d sold in the divorce, insurance policies I wasn’t aware we carried, and banks who’d lost money along with us when we lost our house. I had no idea if I’d get a refund or a heart-stopping bill.

On the appointed day I put on a skirt and a nice blouse and went to see my new accountant in the city. I sat across the desk pretending to understand what she was telling me, and waited until I was back on the subway to cry.

The news wasn’t terrible—I owed money, but I could pay it. The tears, I think, came from realizing I’d walked through a door that was forever shut behind me: never again would I rely on someone else to take care of me financially. I’d believed that my husband would always provide for me, so I abdicated responsibility and wore my ignorance like a badge of honor, teaching my children that it was coarse to discuss money.

I’d survived my first solo tax appointment, but over the next twelve months, determined not to live through another season of tax-related terror, I studied. I looked up basic terms on the internet; I combed through my returns, with all their schedules and addendums, over and over again until they started to come into focus. And slowly, that heavy cloak of shame, woven with a warp of ignorance and a weft of mistakes, began to lift. I’ve never been a good student, but learning this stuff became addictive; each new concept I mastered increased my feeling of power, as though I were a Pokémon mainlining Stardust. Figuring out how marginal tax rates work almost felt like a physical high.

I began to look forward to paying my quarterly taxes, downloading the form from the government web site and doing the math on my calculator, writing the checks and walking them to my lucky mailbox, the same one all those agent query letters several had gone into years earlier. I said a little prayer as I slid the envelopes into the slot, thanking God for reminding me that I could take care of myself.

I would like to say that since then I’ve become a financial goddess, but I’m a work in progress. Just this year, in fact, I have to ask the IRS for a payment plan, because I made a couple of major miscalculations and ended up owing a hefty sum.

But making money mistakes no longer sends me into a spiral of shame and self-loathing. I’m proud of the competence I’ve acquired, and forgiving of the mistakes I’ll inevitably keep making. I’ve also learned that the people who always seem to know what they’re doing make mistakes too—they just don’t talk about it!

Since that first trip to the accountant, tax day has become one of my favorite days of the year. A friend introduced me to Katie, a gentle genius who works out of her sunny, art-filled home. Each year on the appointed day, three of us gather in Katie’s living room, gossiping while she flies through her spreadsheets and prints our returns. She who receives the biggest refund, takes the rest of us out to lunch, and we toast ourselves for being gritty broads who get the job done.

In that spirit I toast all of you—the ones who’ve had your taxes done since the W-2 landed in your mailbox back in January, and the ones who will be bare-knuckling it late into the night on April 14th. Whether you get a juicy check or a big bill, I promise you can handle it. Call a friend who gets this stuff, ask around for a referral to a good tax preparer, do your homework (avoiding, of course, any website, magazine, or money manager who has a financial interest in “educating” you), and remind yourself—as often as you need to—that you’ve got this.

Heads In Beds by Jacob Tomsky came out five years ago, but somehow I missed it until now. Tomsky worked in the luxury hotel business for a decade, doing everything from parking cars to manning the front desk, before a suspension gave him the time to put his experiences on paper. The result is hilarious, heartfelt, and full of insider knowledge that will completely change the way you look at the industry.

The newsletter subscriber I chose at random to receive a copy of this book is… jennipoo53! Please email me your snail mail address so I can send you Heads In Beds.

Wishing all of you the best,