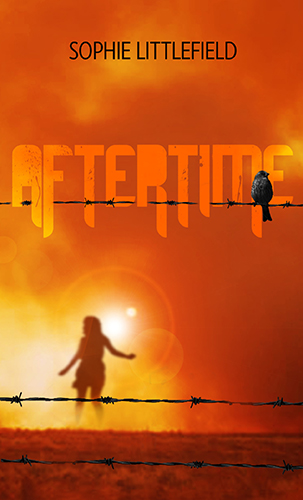 THE WORLD’S GONE.
WORSE, SO IS HER DAUGHTER.

Awakening in a bleak landscape as scarred as her body, Cass Dollar vaguely recalls surviving something terrible. Wearing unfamiliar clothes and having no idea how many days—or weeks—have passed, she slowly realizes the horrifying truth: Ruthie has vanished.

And with her, nearly all of civilization. Where once-lush hills carried cars and commerce, the roads today see only cannibalistic Beaters—people turned hungry for human flesh by a government experiment gone wrong.

In a broken, barren California, Cass will undergo a harrowing quest to get her Ruthie back. Few people trust an outsider, let alone a woman who became a zombie and somehow turned back, but she finds help from an enigmatic outlaw, Smoke. Smoke is her savior, and her safety. For the Beaters are out there. And the humans grip at survival with their trigger fingers. Especially when they learn that she and Ruthie have become the most feared, and desired, of weapons in a brave new world….

“Littlefield has a gift for pacing, her adroit and detailed world-building going down easy amid page-turning action and evocative, sensual, harrowing descriptions that bring every paragraph of this thriller to life.”
—Publishers Weekly, Starred Review 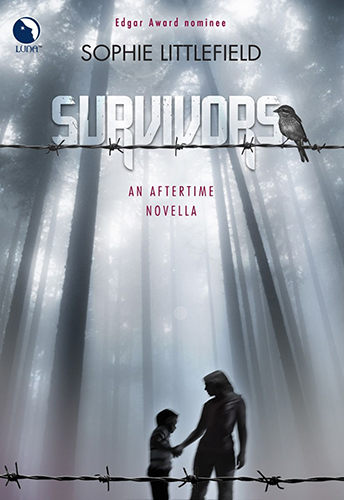 DOING RIGHT ISN’T EASY IN A WORLD GONE SO WRONG

Cass Dollar outlasted the fall of civilization. But surviving Aftertime requires the kind of toughness that can conquer the violent landscape of California and still retain its humanity.

When a young boy and his dying grandmother are brought to the Box, the survivalist community where Cass takes shelter, she realizes that without her help he won’t be long for this unforgiving new world. But while the Box is a haven from the roaming marauders—and the flesh-hungry Beaters—it forbids children within its confines. The boy will be turned out to fend for himself. All that stands between him and the brutal wilderness is Cass’s protective instincts, and the stubborn resolve that’s gotten her this far Aftertime. 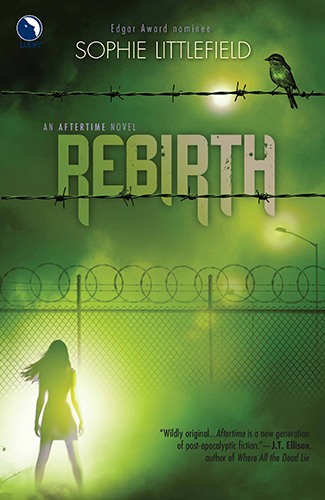 Civilization has fallen, leaving California an unforgiving, decimated place. But Cass Dollar beat terrible odds to get her missing daughter back—she and Ruthie will be happy.

Yet with the first winter, Cass is reminded that happiness is fleeting in Aftertime. Ruthie retreats into silence. Flesh-eating Beaters still dominate the landscape. And Smoke, Cass’s lover and strength, departs on a quest for vengeance, one that may end him even if he returns.

The survivalist community Cass has planted roots in is breaking apart, too. Its leader, Dor, implores Cass to help him recover his own lost daughter, taken by the totalitarian Rebuilders. And soon Cass finds herself thrust into the dark heart of an organization promising humanity’s rebirth—at all costs.

Bound to two men blazing divergent paths across a savage land, Cass must overcome the darkness in her wounded heart, or lose those she loves forever.

“Littlefield has created some the best zombies out there…I cannot wait for the next book in this series.”
—Blood Rose Books (Read more) 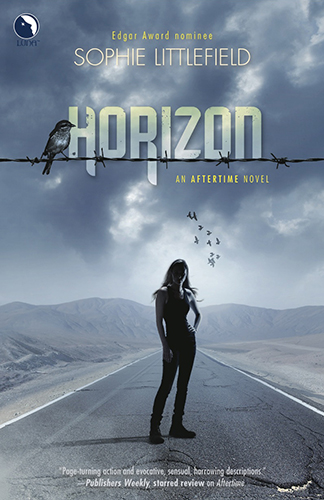 Cass Dollar is a survivor. She’s overcome the meltdown of civilization, humans turned mindless cannibals, and the many evils of man.

But from beneath the devastated California landscape emerges a tendril of hope. A mysterious traveler arrives at New Eden with knowledge of a passageway North—a final escape from the increasingly cunning Beaters. Clutching this dream, Cass and many others decamp and follow him into the unknown.

Journeying down valleys and over barren hills, Cass remains torn between two men. One—her beloved Smoke—is not so innocent as he once was. The other keeps a primal hold on her that feels like Fate itself. And beneath it all, Cass must confront the worst of what’s inside her—dark memories from when she was a Beater. But she, and all of the other survivors, will fight to the death for the promise of a new horizon…

“Truly a top-notch look at the end of the world as we know it.”
—Reader to Reader Reviews (Read more)