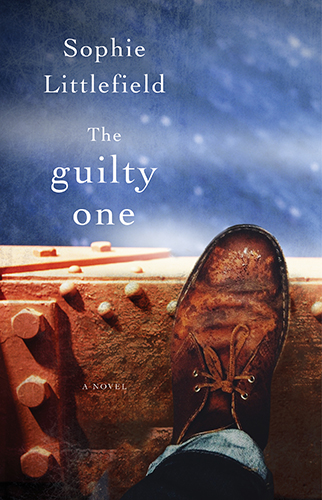 A man stands on the Golden Gate Bridge, poised to jump…if a woman on the other end of the phone tells him to.

Maris’s safe suburban world was shattered the day her daughter was found murdered, presumably at the hands of the young woman’s boyfriend. Her marriage crumbling, her routine shattered, Maris walks away from her pampered life as a Bay Area mom the day she receives a call from Ron, father of her daughter’s killer. Wracked with guilt over his son’s actions (and his own possible contribution to them), he asks Maris a single question: should he jump?

With a man’s life in her hands, Maris must decide, perhaps for the first time, what she truly wants. Retribution? Forgiveness? Or something more? Having lost everything, she’s finally free to recreate herself without the confining labels of “wife,” “mother,” or “mourner.” But will this shocking offer free her, or destroy her?

“Littlefield has written several domestic thrillers, and this one is another entertaining read in that genre.”
—Library Journal

“Littlefield excels at examining the minutiae that add up to major decisions…[an] intricate touching story of how these characters pick up the pieces.”
—RT Book Reviews

“Littlefield has spun a deft web of a narrative… Fans of Carla Buckley and Lisa Gardner will enjoy Littlefield’s mix of family drama, redemption, and recovery.”
—Booklist

“The characters are among the most three dimensional ones that I have ever had the pleasure of keeping company with in a book…Such talent should not be missed.”
—Fresh Fiction (Read more)

“A riveting read by a master storyteller.”
—The Midwest Book Review

“All through this novel, there is never a place where the reader won’t think these people are absolutely real. They will also feel a profound sense of loss when the tale is over. An emotional journey that is definitely worth the time.”
—Suspense Magazine

“I was so impressed with Sophie Littlefield’s tender care in writing this story…the ending was awesome!”
—Chick Lit Plus

“A great book…Easy to read but with the vibe of a thriller.”
—Creating Serenity

“The themes of loss and renewal penetrate each passing chapter.”
—Book Reporter 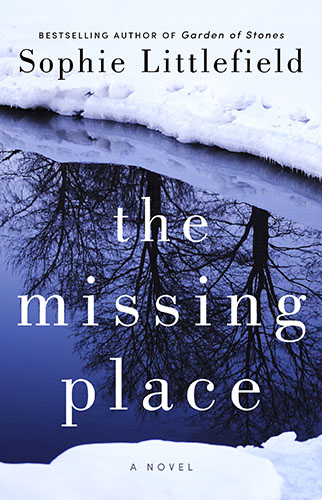 Set against the backdrop of North Dakota’s oil boom, two very different mothers form an uneasy alliance to find their missing sons in this heartrending and suspenseful novel from the Edgar® Award-nominated author of Garden of Stones.

The booming North Dakota oil business is spawning “man camps,” shantytowns full of men hired to work on the rigs, in towns without enough housing to accommodate them. In such twilight spaces, it’s easy for a person to vanish. And when two young men in their first year on the job disappear without a trace, only their mothers believe there’s hope of finding them. Despite reassurances that the police are on the case, the two women think the oil company is covering up the disappearances–and maybe something more.

Colleen, used to her decorous life in a wealthy Massachusetts suburb, is determined to find her son. And hard-bitten Shay, from the wrong side of the California tracks, is the only person in town even willing to deal with her–because she’s on the same mission. Overtaxed by worry, exhaustion, and fear, these two unlikely partners question each other’s methods and motivations, but must work together against the town of strangers if they want any chance of finding their lost boys. But what they uncover could destroy them both…

“A disturbing tale…The two mothers are the unlikeliest of buddies, but when they learn how to work together their positively ferocious—and as brave as any of those macho guys up on the rigs.”
—The New York Times

“At once sad, frustrating, hopeful and enduring.”
—Bismarck Tribune

“A super-engaging mystery story… it’s a gripping one.”
—Closer (UK)

“A modern crime thriller with a psychological twist… wonderful.”
—The Big Issue (UK)

“I read this on one sitting, unable to leave the fray.”
—Suspense magazine 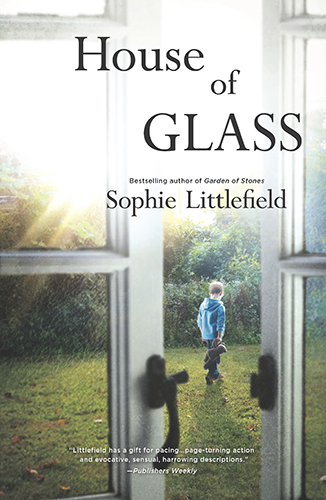 Jen Glass has worked hard to achieve the ideal life: a successful career, a beautiful home in an affluent suburb of Minneapolis, a seemingly perfect family. But inside the Glass house, everything is spinning out of Jen’s control. Her marriage to her husband, Ted, is on the brink of collapse; her fifteen-year-old daughter grows more distant each day; and her five-year-old son barely speaks a word. Jen is on the verge of breaking, but nothing could have prepared her for what is to come….

On an evening that was supposed to be like any other, two men force their way into the Glasses’ home, but what begins as a common robbery takes an even more terrifying turn. Held hostage in the basement for more than forty-eight hours, Jen and Ted must put aside their differences if they have any hope of survival. They will stop at nothing to keep their family safe—even if it means risking their own lives. A taut and emotional tale of a family brought together by extraordinary forces, House of Glass is a harrowing exploration of the lengths a mother will go to protect her children, and the power of tragedy to teach us what truly matters.

“4.5 stars Top Pick—A book that you’ll be unable to put down once you start!”
—RT BookReviews

“Solid…Littlefield is adept at character development, so even the familiar is nuanced.”
—Publishers Weekly (Read more)

“Intense and captivating…Littlefield did an amazing job making it realistic, brutal, and addicting.”
—JulzReads

“Danger and suspense explode through Littlefield’s writing.”
—A Twist on a Classic Tale